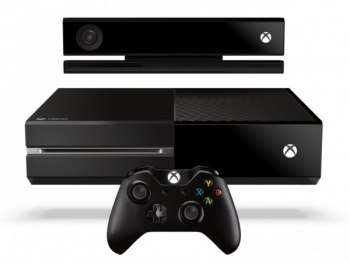 Microsoft Corporate Vice President Marc Whitten says the petition calling for the return of Xbox One DRM tells him “we need to do more work to talk about what we’re doing.”

Remember how angry gamers were about the Xbox One in the wake of Microsoft’s E3 press event? Angry enough to force Microsoft to change direction on some very fundamental aspects of the console’s design. It was a victory for consumers – a victory for freedom! – and then a funny thing happened: People (presumably other people) got angry that Microsoft capitulated and gave up on its a vision of a better future for all of us, and launched a surprisingly popular petition to bring it all back.

It’s undoubtedly a frustrating situation, but Whitten took a measured approach in an interview with IGN, saying that Microsoft has to “talk more [and] get people understanding what our system is.”

“I see people feeling like we’ve moved away from digital, when certainly I don’t believe that’s the case. I believe we’ve added on choice for people. It was an addition of a feature onto Xbox One, not a removal of a feature,” he said. “And I understand people see things like Family Sharing and they’re like, ‘Wow, I was really looking forward to that,’ which is more of an engineering reality time frame type-thing.”

Whitten said the petition calling for the return of the Xbox One as it was originally envisioned reflects a problem with the perception of what Microsoft is doing more than anything else. “When I read some of the things like that petition, from my perspective we took a lot of the feedback and, while Xbox One is built to be digital native, to have this amazing online experience, we realized people wanted some choice. They wanted what I like to call a bridge, sort of how they think about the world today using more digital stuff,” he explained. “What we did, we added to what the console can do by providing physical and offline modes in the console. It isn’t about moving away from what that digital vision is for the platform. It’s about adding that choice.”

“Frankly, I think we need to just do more to let people see how the console works, what they’re going to be able to do for it,” he said. “I think a lot of the things they’re wishing for are frankly there.”