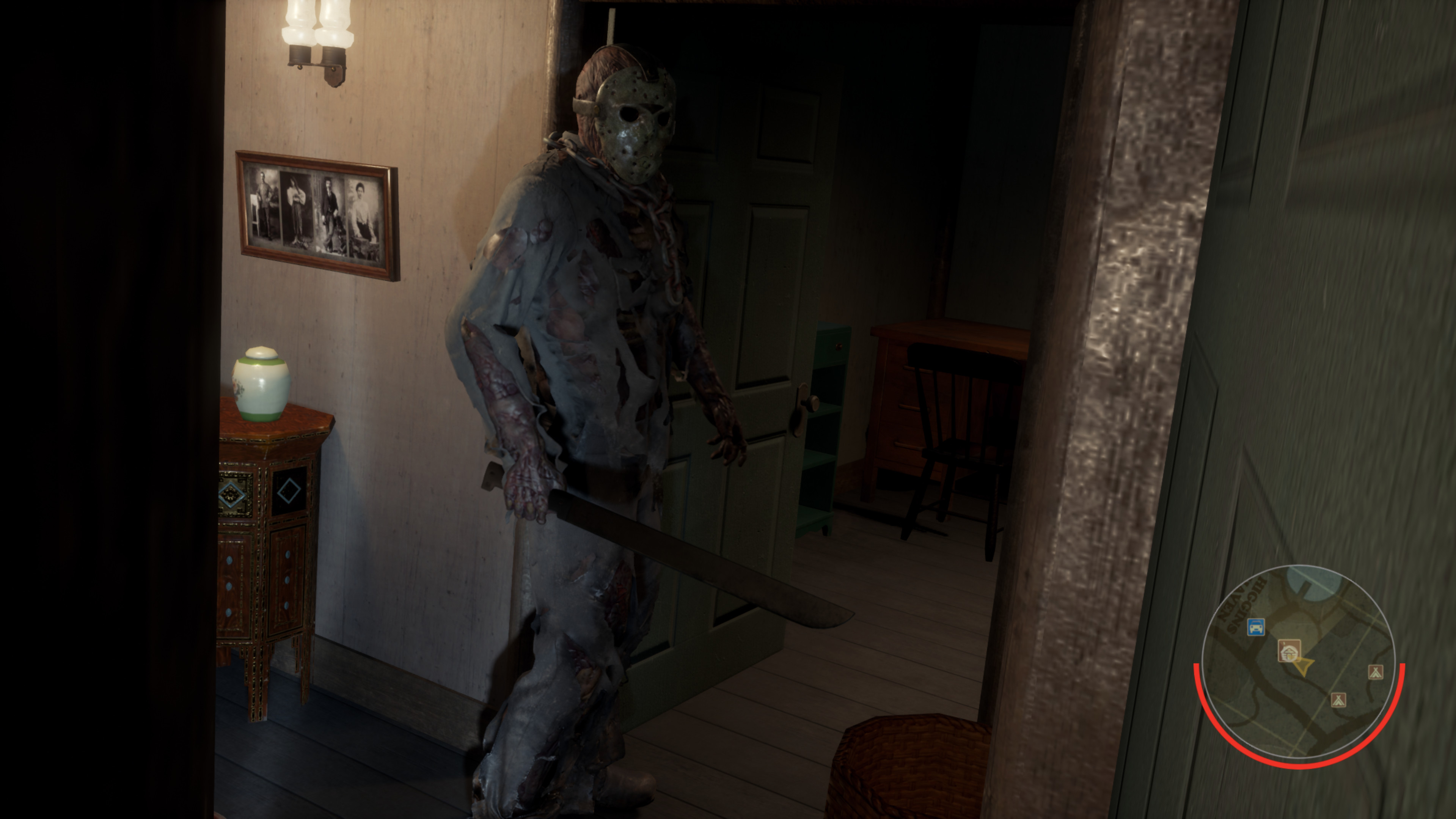 Jason, the lumbering teen-hunting serial killer you’ll have to avoid in Friday The 13th: The Game can totally be killed. Here’s how to do it.

Like the elaborate Easter eggs in Call of Duty: Zombies maps, this tricky challenge requires plenty of coordination and a couple of randomly-generated steps to solve. Killing Jason requires multiple players, and you’ll need great timing to bring the undead monster down for the count.

The steps below don’t necessarily need to be completed in the order presented — all you have do to is collect everything you need all in one place to take the big brute out. That includes; a sweater, a special character, and a particular weapon. Check out the details below.

How to Kill Jason Voorhees

NOTE: This step only works for FEMALE player models.

Pamela, also known as Jason’s Mom, leaves her sweater in a special cabin that spawns on the outskirts of each map. The cabin will randomly spawn in one or two locations on each map, and always near the edges.

Once you locate the spawn locations, you’ll almost always be able to track the cabin down in subsequent attempts. The cabins only have up to two spawns, and they’re usually directly opposite each other (in our experiences so far) — so keep that in mind.

Entering the cabin will immediately send a warning to Jason. Go inside and grab the sweater from the altar near Pamela’s dead body.

To knock off Jason’s mask, you’ll just need to attack him. The Machete is your best option — hit him two or three times to knock his mask loose.

Aim for the head! Try to strike his head for extra damage.

Don’t worry about collecting the mask after knocking it off. Surround him and take Jason down with the machete — you’ll need a machete for the final step, so it’s good to get one early so you’re prepared.

The next step requires Tommy Jarvis. Tommy is a special character that only spawns after one character has escaped or has been killed. To make him appear, you’ll need to find a radio (which, unfortunately, randomly spawn in any cabin) and send a distress call for help.

Remember that machete I mentioned earlier? Tommy Jarvis needs it. Trade that shotgun for a machete before taking on Jason.

Once you have all the pieces in place, it’s time to kill Jason. Before we begin, here’s a quick checklist of tasks you’ll need to accomplish.

If that’s all complete, you’re ready. Equip the sweater-wearing female character with baseball bat or axe, then wait for Jason to approach. Use the sweater like an item stall Jason, stunning him temporarily.

When Jason drops his guard and approaches, smack Jason with a baseball bat or axe to stun him. When he’s stunned, Tommy Jarvis can swoop in for the kill using the machete.

And that’s it! Jason is dead and you’ll win the round.

Who knew killing an unstoppable murder-zombie was so easy? Okay, it really isn’t easy at all when you’ve got an angry Jason-player on the loose.