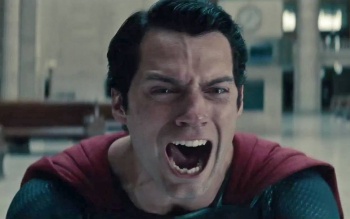 Zack Snyder is defending Man of Steel‘s body count by stating Star Wars: The Force Awakens went farther than he did.

Batman v Superman: Dawn of Justice is out this week, resurrecting all the old arguments about how Man of Steel was too violent for its own good. According to director Zack Snyder, however, that criticism doesn’t make sense – because Star Wars: The Force Awakens has a bigger body count.

“I went, really?” Snyder told the Wall Street Journal. “And I said, well, what about [Star Wars: The Force Awakens]? In Star Wars they destroy five planets with billions of people on them. That’s gotta be one of the highest death toll movies in history, the new Star Wars movie, if you just do the math.”

Yes, the Man of Steel director is technically correct that The Force Awakens has a higher death toll. But that’s never been the problem fans had with the film – it’s that Superman himself spent more time fighting Zod than saving the lives of people in Metropolis. The collateral damage from that conflict is a major reason why Batman is so concerned about Superman in the sequel, after all.

In other words: Stay on target, Snyder.

Besides, Star Wars kind of has a history of heroes being unable to stop genocidal maniacs. Leia was completely helpless to stop Alderaan from being destroyed, an act which motivated its heroes to defeat the Empire. But Superman? Outside of Krypton being destroyed, his entire motivation is stopping disasters like that from happening.

Now obviously, Snyder and Warner Bros can produce whatever Superman film they want. And to be completely fair, Batman v Superman might actually produce a thoughtful response to these concerns – or at least be fun to watch. But taking aim at Star Wars probably won’t generate the mic drop Snyder was hoping for. Either way, we’ll find out how Batman v Superman compares to the original film and The Force Awakens this Friday.