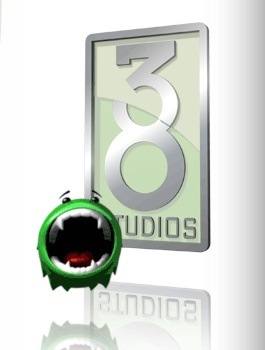 Curt Schilling’s 38 Studios has officially taken up residence in Rhode Island, settling on the cozy six-story, 104,000-square-foot One Empire Plaza in downtown Providence.

There was much uproar and hullabaloo over $75 million in loan guarantees the state of Rhode Island used to lure 38 Studios from Massachusetts, to the point that the whole deal started to look like it might collapse earlier this month. With a gubernatorial race underway, several politicians jumped onto the deal as a bad one that put state taxpayers at risk for a relatively minor payoff. It looks like it’s all over but the shouting now, however: The studio has signed a lease on a location in the state capital, cementing a “tremendous economic development opportunity” for the state.

“This investment creates 450 high-paying jobs, provides job opportunities for our college graduates in a fast growing industry, and will attract other interactive and entertainment companies to Rhode Island,” said Governor Donald Carcieri. “Located in the heart of the capital city and surrounded by our universities and strong arts community, I am confident that 38 Studios will serve as a touchstone for growth in the interactive entertainment and digital media industry.”

But it turns out that 38 Studios won’t need to create quite that many jobs in order to receive most of the money promised. The contract with the Rhode Island Economic Development Corporation actually features two components, a payout agreement and a “full-time jobs covenant,” with different terms and conditions. Because of that, as long as the studio has employed at least 250 people by December 2011, it will be eligible to receive $64 million – 90 percent of the $75 million deal’s total value after fees. The studio is only obligated to hit the 450 employee mark by October 2013, two years after it becomes eligible to receive most of the money.

“There was a reason for doing that,” explained Robert Stolzman, a lawyer for the EDC, who said the state is currently struggling with an unemployment rate of nearly 12 percent. “We wanted a fast infusion of jobs in Rhode Island.”

There are penalties built into the deal if 38 Studios fails to hire enough employees but EDC spokeswoman Melissa Chambers claimed that the “fine print” isn’t terribly relevant since the company’s business plan won’t work with less than 450 employees anyway.

38 Studios is currently working on two games, an MMOG codenamed Copernicus and a single-player RPG called Kingdoms of Amalur: Reckoning. But neither title is close to seeing the light of day, which is the biggest source of concern over the deal; Gina Raimondo, the Democratic party’s candidate for General Treasurer, described the company as “highly, highly risky – they have no revenue and have never released a game.” Nonetheless, it now appears that she’ll just have to cross her fingers and hope for the best.