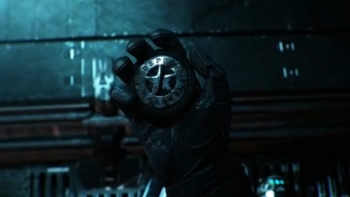 Pete Hines of Bethedsa blames a bad translation for erroneous reports that Prey 2 has been canceled.

People looking forward to Prey 2 got a heavy dose of bad news yesterday from Pete Hines, Bethesda’s vice president of marketing, who revealed that the publisher had decided to cancel the game rather than continue to pour money into a development situation that just wasn’t working out.

“At one point, we looked at Prey 2 and decided that in its current state, with all the money, time, and resources we put into it, it didn’t meet our expectations. So we decided to pull the plug from our end,” he told IGN. “It was a tough business decision, but at that point it was the right one. It’s never a good thing to have to make those choices. It’s a shame, but it comes with the territory.”

It’s worth pointing that denying you said that Prey 2 is canceled isn’t the same as denying that Prey 2 is canceled, and there’s almost no question that the game is in trouble. Work reportedly came to a halt in November 2011 due to a dispute between Bethesda and developer Human Head, and when Bethesda unveiled its revamped website earlier this month, there was no mention of Prey 2 to be found. I hope it’s not canceled – I really dig what I’ve seen of it so far, even if there hasn’t been much to see – but I’m not feeling particularly optimistic at this point.

It’s All In Good Humor