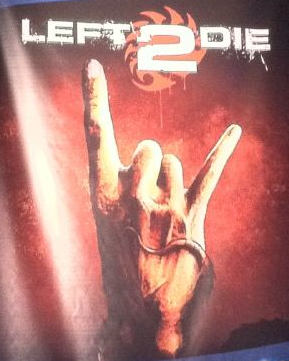 Blizzard’s homages to Defense of the Ancients, Left 4 Dead and Bejeweled are playable, fun, and (best of all) free.

Earlier today, at the BlizzCon 2010 opening ceremonies, the PC developer announced that it would releasing four free mini-games built within the StarCraft II map editor – all of which were available on the show floor. How do they hold up when they’re actually played? Surprisingly well.

As the name might indicate, Starjeweled is Blizzard’s own take on PopCap’s immensely popular Bejeweled. While the standard match-three gameplay is as familiar as ever (it’s hard to mess that up), Starjeweled throws an interesting twist into the mix by adding a RTS element. Starjeweled is a competitive title, with each player in control of their own base.

Matching gems will spawn grunt units at your base, which march toward the enemy lines – but, similar to games like Puzzle Quest, matching gems will also give you resources that you can spend on bigger, tougher units. If your opponent is just flooding your lines with Marines and Zealots, spawn a Colossus and a Siege Tank, or fly overhead ground-only units with Banshees. As games get involved with large armies clashing in the middle of the map, it becomes important to divide your attention equally between the Bejeweled gameplay and the RTS action – which is hectic, intense, and surprisingly entertaining.

Aiur Chef is the tongue-in-cheek member of the and the only one that owes no inspiration to other videogames (TV shows, though, are another matter entirely). As an aspiring Aiur Chef, you must use your skills in cooking – and hunting – to triumph over the others in order to be named Executor Chef. Like in Iron Chef, every round has a special key ingredient – bananas, Pylonade and peanuts to name a few – but unlike Iron Chef, the focus isn’t on the cooking, but on the acquisition.

The ingredients are scattered all over the map, though the camera is unmovable and fixed on your character, which means that you need to explore to find them. Players need to divide their time between exploring to acquire ingredients and interfering with your foes – it’s a fun balance, and you’ll need to determine what recipes you’re going to go for on the fly, since different recipes will give you different amounts of points on completion. The most points wins at the end of the round, and then you get another secret recipe. It’s definitely a unique style, and works best the more players you have.

If people were expecting Left 2 Die to be a shooter a la the Valve game it takes its inspiration from, they’ll be disappointed. It’s a co-op take on the “Outbreak” mission in StarCraft II – colloquially known as “that zombie mission” – where players had to divide their attention between building up their forces and destroying enemy structures during the day, and defending their base against the undead by night.

Like Left 4 Dead, Left 2 Die throws “Special Infested” into the mix, like the Hunterling (it pounces!) and the game’s own take on the Boomer (vomits corrosive acid on structures and explodes when killed). Killing Special Infested and destroying the Infested structures will reward players with Biomass, which is used to research new structures and units like the Medic, Firebat, and Perdition Turret (a submerging flamethrower turret). It may not be a shooter, but the “Outbreak” mission is frequently cited as one of the highlights of SC2‘s campaign by gamers and press alike – and this co-op version of it will probably become extremely popular on Battle.net.

When it comes to popular custom maps, though, you can’t beat Defense of the Ancients, the obscenely popular Warcraft III mod. Blizzard DotA – officially called Blizzard All-Stars – takes that single-hero gameplay and updates it in the current game. If you’ve ever played DotA, the familiar aspects are there: You have three lanes, you have auto-spawning waves of creeps, and you have towers that need to be danced around and eventually taken down. There is an item store back at the base, a fountain of health that restores you to fighting strength, and a central structure that must be destroyed or defended.

There are currently ten or twelve heroes in the game (with more to come), divided between the Terran/Protoss side and the Infested/Zerg side – including warcraft heroes like Sylvanas Windrunner and Muradin Bronzebeard (as well as the Murloc Marine and Tauren Marine easter eggs). I picked Zeratul, who is heavily based around sneak attacks, Blinking in (and out) of danger, and phasing through enemies to damage all in his path … though the trade-off is that he’s fragile as hell.

It definitely works smoothly, and though it’s clearly a work in progress – there were no “neutral” creeps around on which players could grind experience, for one – it feels like DotA ought to. The balance seems a bit off at the moment, with certain abilities feeling exceedingly overpowered (one of my base skills could kill almost an entire wave of creeps) and the defensive structures coming across as rather weak. While there are several item shops in the game, it’s lacking the cool bit of DotA where you could combine and upgrade items which made it feel like you were building your character with a defined goal in sight.

Those, however, are problems with rather easy fixes. Blizzard All-Stars has the core and the soul of the original DotA, is very responsive and has a fun sense of humor. Between this and Valve’s DOTA 2, there is a war on the horizon – and it should be a fun one to watch.

All four mods will be released by Blizzard for free to all owners of StarCraft II in the coming months.