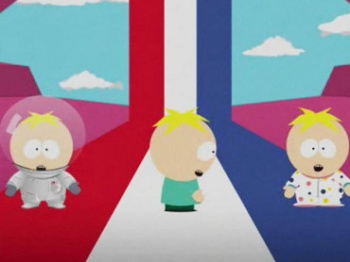 Viacom and Comedy Central are being sued by Brownmark Films over South Park‘s parody of the viral YouTube hit, “What What (In the Butt)”.

On Friday, Brownmark Films filed a copyright infringement suit in U.S. District Court against Viacom and Comedy Central, the producers of South Park, over the character Butters performing the song “What What (In the Butt)” during the 2007 episode “Canada On Strike!”.

The South Park rendition of the video, which some would argue helped the original Samwell version reach the viral heights it did, is pose-for-pose, thrust-for-thrust a near-perfect animated adaptation of the internet video. Because of this, Brownmark claims that the infringement is “willful, intentional, and purposeful, in disregard of and indifferent to the rights of Brownmark.” They want a permanent injunction and statutory damages.

The case will likely come down to whether the South Park video is considered a parody, and therefor protected, or infringement.

This comes after an embarrassing incident last month, when South Park was accused of lifting material from CollegeHumor with regards to several Inception jokes used in the episode “Insheeption”, which the creators, Trey Parker and Matt Stone, quickly apologized for.

If you care to see the weirdest pair of clips this side of an X-rating, you can find the original Samwell video here, and the South Park parody here.

Source: The Hollywood Reporter via IGN