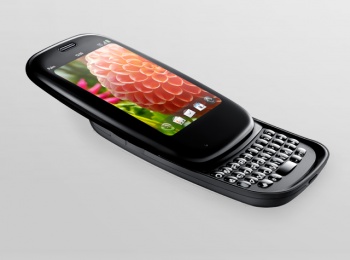 Several AAA mobile games are now available for the Palm Pre’s WebOS, including The Sims 3 and The Oregon Trail.

At the Consumer Electronics Show today, Palm announced its entry into 3D gaming on its Web OS platform. The company took great pains to draw top mobile game developers like EA Mobile and Gameloft to the platform. Palm gave these companies a first look at its Plug-in Development Kit (PDK) which allowed them to easily take games written in the C or C++ language and implement them in WebOS. Palm hopes that this move will make their platform competitive in the mobile games sector.

So far, the move has worked out, with an impressive lineup of games available to download from the App Catalog today:

Several of the developers sounded off on how the PDK made it easy for them to quickly port games ot the operating system. “Recent improvements to Palm webOS represent major advancements in enabling world-class mobile gaming,” said Travis Boatman from EA Mobile. “These innovations have allowed us to quickly bring our best IP to the platform.”

“The performance of the platform allowed us to create these great games in a limited timeframe,” said Baudouin Corman of Gameloft. “webOS allows us to deliver an outstanding gaming experience, and we look forward to bringing our best games to Palm customers worldwide.”

The PDK will be available to the public in March, with the hope that more developers will make games for the App Catalog. The Catalog boasts over a thousand applications available for download, which is a far cry from the 100k+ on the Store of Apps. But hey, at least Palm is trying to offer some games for it’s otherwise nifty handheld.

Rumor: It’s ‘Nam-vember 2010 With Treyarch’s Next Call of Duty