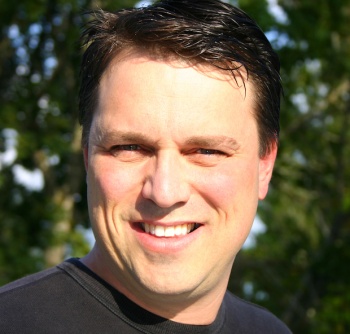 Chris Taylor of Gas Powered Games places Supreme Commander 2 as one of the best games that he’s ever made.

Supreme Commander 2 was released for the PC on March 2, and will be available on the Xbox 360 on March 16th. Today at GDC 2010, I sat down with Chris Taylor, the lead designer and CEO of Gas Powered Games and we talked about why he considers Supreme Commander 2 a “large-scale RTS” and how designing an RTS for the Xbox controller informed the design on all platforms.

As the lead designer on the large RTS, Taylor is psyched about the end result. “I’m very very pleased with the way Supreme Commander 2 worked out,” Taylor said. “I think it’s one of the best games we’ve made at GPG [Gas Powered Games]. “

The ability to zoom out to a macro scale was a tenet of the first Supreme Commander and Taylor says that the sequel delivers that kind of beauty once again. “The maps and terrain, the whole look of the game is so much more dynamic and interesting. There’s no border edge around the map anymore, it feathers straight out to the horizon,” Chris said.

Taylor also put a moniker on Supreme Commander which was never there before, but makes a whole lot of sense. “It’s really leading the way in large scale RTS. I’ve never actually said those words before now, which is really odd, because you’d think it’d be the first thing out of my mouth when I was launching the first Supreme Commander. There’s small scale and large scale RTS, and we’re on the large scale side of things.

Why make a large scale strategy game as opposed to smaller skirmishes? Chris likens the experience to big budget Hollywood epics like 300 or Sparatcus. “Scenes in Gladiator, where there’s armies clashing together, we love those armies As kids when we played in the sandbox, we may have only had 25 plastic soldiers, but we imagined 25,000. This is where large scale RTS plugs into the psyche of the gamer,” Taylor said.

Developing Supreme Commander 2 for the Xbox 360 was a challenge, but it ultimately pushed the design forward for the PC version. “People are like, ‘Oh did the 360 mean that we had to dumb down the PC?’ and I said, ‘No, it was the opposite.’ The 360 version has made a better PC game, in so many ways.”

One of those ways is the “paint attack” feature, which allows you to select multiple units and give them the command to attack anything in a broad swath of area, much like a Photoshop paint brush tool. “The paint select that was done in Halo Wars was brilliant, but we added ‘paint attack’ which was not done in Halo Wars,” Taylor said. “The fruit was hanging so low, we just reached up and plucked it. ‘Paint attack’ changes the whole game.” That one design element, which was at first added for the console control scheme, became so useful that Taylor decided to add it to the PC version.

“If you do nothing else, play the game and do a ‘paint attack’,” Taylor said. “It’s awesome.”