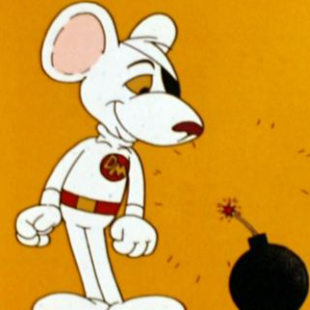 The in-the-works remake of the BBC’s classic kids series Danger Mouse will feature several main characters that will be more “she” than their “he” originals.

Back in June, the BBC revealed that its children’s network has plans to remake and reboot the classic children’s show Danger Mouse. With such remakes cropping up left and right these days, it likely wasn’t much a surprise for fans of the original which aired from 1981 to 1992 and was one of the first British TV shows to see syndication in the US via Nickelodeon.

That being the case, recent details have emerged confirming that the new edition of the show won’t just be a simple spruce up to make things more palatable to children raised on the gloss of HD television. Rather, viewers may find themselves with a more diverse cast including fresh versions of old characters that are now women instead of men.

This information was confirmed by CBBC’s Chery Taylor, who told journalists that “characters that might have been male in the past will now be female characters.” Kay Benbow, the controller of fellow BBC kids network CBeebies, meanwhile, expressed her belief that the move goes along with the network’s ongoing efforts to feature content more in line with the multi-gender nature of its audience,” she said. No information was revealed about which characters were in line to have their gender swapped.

Superman to Play The Atom on Arrow