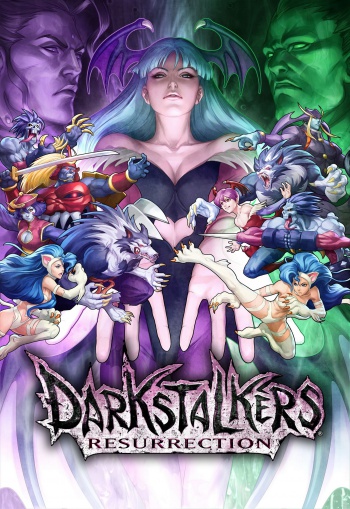 Despite being objectively fantastic, nobody bought Darkstalkers Resurrection, thus putting the future of the franchise in jeopardy.

Darkstalkers Resurrection is a brilliant attempt at updating two classic fighters from the mid-1990s for modern audiences. I won’t hear any arguments on this. I wrote a review of the game when it came out, and I stand by every glowing iota of praise contained in those words.

Unfortunately, all my hyperbolic text (and that written by colleagues who almost universally agree with me) wasn’t enough to convince the average person to spend $15 on Darkstalkers Resurrection. Capcom isn’t in the habit of revealing exactly how poorly its flops perform, but it’s safe to say that sales of Darkstalkers Resurrection were disappointing. Perhaps to the extent that the Darkstalkers franchise has once again been staked and shoved into a dusty tomb in the series of catacombs beneath Capcom HQ.

Speaking with Siliconera, Capcom’s fighting game head Matt Dahlgren had the following to say regarding the series’ possible future (or lack thereof): “Darkstalkers Resurrection did not perform as well as we would have liked [it] to perform. You never know what the future may hold, but Street Fighter is definitely not dead.”

That last bit, the mention of Street Fighter, is surprisingly important. Not only because Capcom just debuted the upcoming Ultra Street Fighter IV, but also because “Darkstalkers is not dead” became something of a refrain for Street Fighter producer Yoshinori Ono over the past few years. That was his sole reply to anyone asking about the future of the Darkstalkers franchise, right up until the release of Darkstalkers Resurrection.

We’re sure Mr. Dahlgren was attempting to be diplomatic with his statement, but by inverting Ono’s would-be catchphrase he appears to have slammed the door on any potential, near-term Darkstalkers titles. On the other hand, Capcom will continue churning out Street Fighter sequels until the heat death of the universe, so that’s something, right?

Dolphins “Name” One Another, Claim Researchers

Nintendo Hopes Cash Will Convince You To Use Your Wii U