I love @VancityReynolds?here are a few of my thoughts about his new movie #Deadpool.https://t.co/9Bkz9DpyF0— Betty White (@BettyMWhite) February 11, 2016

94-year-old actress Betty White offers a profanity-laced endorsement of the new movie Deadpool, keeping in the spirit of the Merc With a Mouth.

Deadpool hits theaters today and it should be everything that fans of the Merc With a Mouth would want. Even Golden Girls actress Betty White loved it, despite Deadpool’s affinity for her co-star Bea Arthur.

White dropped the short promo on fans with the same language you would expect from the immortal superhero in red. Seeing her so innocently spew the bleeped out language just makes the ad all the more entertaining.

For those that don’t follow Deadpool, the hero’s affection for Bea Arthur has been chronicled in some of the comics. Unfortunately, Arthur died in 2009 and was unavailable, so it makes sense for White to pick up the mantle for the gig.

Of course, Deadpool did wish White a happy 94th birthday on the movie’s official Twitter feed, so it was kind of her to return the favor for him. 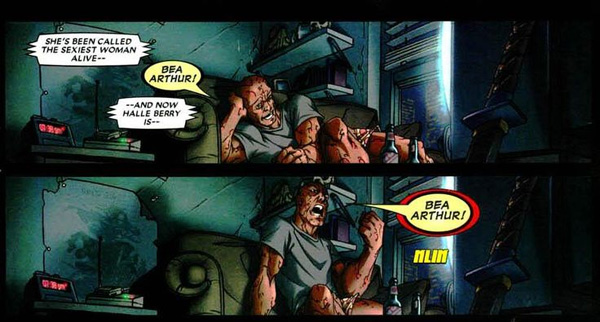