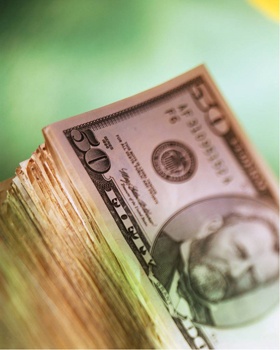 As data trickles in from the Modern Warfare 2 launch, early indications are that it has become the best-selling day-one title of all time … but by how much?

Okay, okay, I know that all y’all are sick and tired of hearing about Mewtwo, but we can’t deny that it’s still newsworthy.

I remember way back in April, when Activision’s Simon Wells said that he hoped Call of Duty: Modern Warfare 2 would be the best-selling game of all time. We laughed at the notion – of course it would sell well, given the popularity of the first game, but the best-selling title of all time? How absolutely preposterous!

Now, it looks like Infinity Ward – like a particularly odd and coincidence-happy bowl of alphabet soup – may be making us eat our words. Earlier today, we learned that MW2 may well have shattered Grand Theft Auto IV‘s day-one sales record in the UK by almost double … and if it had doubled GTA4‘s sales in the UK, who’s to say it couldn’t double the game’s sales everywhere?

In April ’08, Rockstar’s latest Grand Theft Auto set day-one sales records worldwide, amassing a combined 3.7 million copies sold in the first 24 hours. If MW2‘s success in the UK wasn’t a strange localized phenomenon where the British went batsh*t crazy over a game starring Brits who weren’t A.) fantasy heroes or B.) officers of the Galactic Empire, then Modern Warfare 2 could have sold up to 7.4 million copies in its first 24 hours on shelves.

In fact, that’s exactly what game data site VGChartz says has happened. Now, right off the bat, I have to caution – VGChartz’s numbers are essentially educated guesses based on the limited data that is available thus far, so let’s not take these as gospel truth just yet. They’re no more likely to get the numbers 100% dead on than they are to spell “Charts” correctly, but these figures are intriguing nonetheless.

If it turns out that these numbers are in fact correct, then MW2 has been more successful than any of us could have possibly imagined (especially the bitter PC gamers). According to their preliminary figures, total MW2 day one sales are in the neighborhood of 7 million, with 55% of those copies sold for the Xbox 360, 33% on the PS3, and the remaining 12% for the PC (or perhaps all snapped by Bobby Kotick himself, as long as we’re wildly speculating).

VGChartz’ numbers place 1.2 million of those sales in the UK (which we knew already), 4.4 million in the Americas (with the majority naturally sold here in the States), and 350,000 apiece in France and Germany. By my math, that only gets us 6.3 million, so I’m not sure where the other 700,000 sales would be coming from. Even so, that’s a mindblowingly large figure. If this pace keeps holding up, VGChartz’ estimates have the game selling 10 million copies worldwide by the end of its first week on sale, an estimated 5.5 million of which will be on the Xbox 360 – enough to make it the best-selling one-week title on any one platform (beating out GTA: San Andreas, which sold just shy of 4 million in one week on the PS2).

Again, none of this is confirmed, and it’s only speculation. We don’t know just how well the game’s launch has gone, only that it seems to have gone really, really well. Do you wonder how the employees of Infinity Ward are sleeping tonight?

On beds made entirely of money, that’s how.

Update: Looks like VGChartz isn’t alone in this call – Broadpoint AmTech analyst Ben Schachter has extrapolated a 24-hour figure of approximately 7 million too, adding that “[w]hile 2x the week one tally for GTA IV may seem aggressive, the bottom line is that we believe current consensus estimates of around 12mm for the December quarter may end up being conservative.”

No kidding. In fact, here’s some fun trivia to put it all in context: StarCraft has sold 11 million units worldwide since 1998, a feat that MW2 may well equal in less than a month. And as Joystiq points out, the seminal Street Fighter II sold 6.3 million copies worldwide in total.