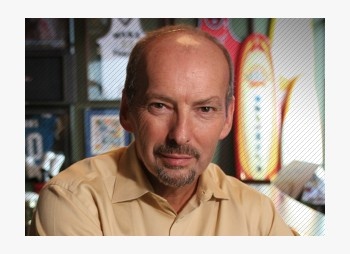 EA Sports President Peter Moore has met the frothy rage of UFC President Dana White with an uncharacteristically Zen-like calm in what could very well be a stealthy attempt to drive the man insane.

White, the outspoken boss of the Ultimate Fighting Championship, is incensed over EA Sports’ entry into the mixed martial arts videogame market after rejecting overtures from the UFC about creating a game two years ago. He recently said that EA Sports “doesn’t give a [expletive] about mixed martial arts” and that he and the UFC are “at war” with the videogame giant; he also cautioned MMA fighters against taking part in the new game if they wanted a career in the UFC.

But Moore himself is no slouch when it comes to being an outspoken promoter with a proclivity for saying whatever pops into his mind and videogame fans thus awaited his response with bated breath. Surely he would escalate matters further and set in motion an epic clash of the titans that would only be resolved when each man’s chosen champion, Brock Lesnar and Will Wright, went toe-to-toe in a bloody Tables, Ladders and Chairs match inside a barbed wire cage!

Except it didn’t work out that way. Moore did touch on the topic in a blog post, but on this one occasion when we all wanted him to say something wildly inflammatory, he decided to take the high road. “I saw the first playable of EA Sports MMA while at Tiburon last week. We have a team of incredibly hardcore fans of the sport working hard and making excellent progress, and we look forward to delivering a title in 2010 that we believe will provide further focus and attention to the sport,” he wrote.

“I know there has been some recent discussion about EA Sports bringing a challenger to this sport,” he continued. “I love mixed martial arts, and we’ve been working on a game concept since I came to EA two years ago. I have great respect for the organizations and individuals that have invested in the sport’s growth over the past decade – so this is one that is near and dear to me and I’m excited to see such good progress to date. I trace my MMA video game roots back to my support of Crave’s UFC title on the Dreamcast in 2000, and have been a fan ever since. Our title will bring both innovation and further authenticity to mixed martial arts, not to mention a strong global publishing network that will help spread the sport’s popularity around the world.”

And that’s it. No trash talk, no threats, no promises to turn someone’s face into pulpy mush with a series of vicious elbow strikes; just an expression of respect and admiration for the sport and a promise that EA’s own game will live up to that standard. I was shocked at how dull it was, until the truth hit me: This is clearly all part of a devious effort by Moore to drive the UFC president to apoplexy by refusing to be drawn into battle, thereby denying him an outlet for his perpetually white-hot anger. White’s brain will eventually explode, at which point EA will be able to move in on the rudderless fighting promotion, acquiring it as a wholly-owned subsidiary, making millions and putting the screws to THQ in the process.