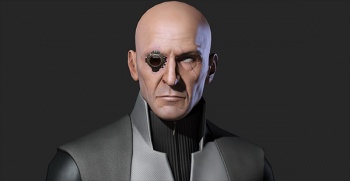 Imagine if Oblivion‘s horse armor had been sold – in space – for more than the price of a real-life horse.

EVE Online‘s latest free expansion, Incarna, hit PCs everywhere earlier this week boasting a slew of new features and improvements for the space-empire MMO. One other thing it added was the “Captain’s Quarters,” a prelude to the long-awaited “Walking in Stations” feature that would allow players to get out of their spaceships and actually see their avatar pilots (and those of others) in the proverbial flesh. The Captain’s Quarters allowed players to see their characters and customize their appearance, but it was a solitary feature – only you can see your character.

Unfortunately, alongside the Captain’s Quarters came something that has the EVE playerbase in an uproar: Developer CCP added a “microtransaction” shop, where players could buy vanity items to kit out their characters’ appearances. This isn’t a bad thing – almost every MMO does it these days – but these transactions aren’t so “micro” after all.

There’s an excellent post on RockPaperShotgun summing up how the complex economy of EVE Online has been affected by these items, but here’s the skinny: An in-game shirt in EVE Online can go for $25 real-world dollars. That’s more than it costs for an actual real-life shirt!

The real offender, though, is the “Looking Glass Ocular Implant,” seen here. It’s essentially a monocle, and it will set you back $70-80 dollars in real life. That’s several months worth of EVE Online subscriptions, or a brand new game on its own.

These prices will eventually stabilize, of course, but for the moment EVE players seem perfectly in the right to be a bit heated about the issue. While paying $25 for a purely cosmetic in-game item is hardly unheard of, it’s worth noting that nobody else but the player can see these items (yet). There’s no virtual prestige in it, rendering it the sci-fi equivalent of Oblivion‘s widely-mocked horse armor – for fourteen times the price.

Update: Things are rapidly going downhill for CCP. A leaked internal bulletin titled “Greed is Good” indicates that the developer will be extending its microtransactions to less-than-cosmetic items like spaceships and weaponry – things which would provide a tangible in-game advantage.

An apology from EVE community manager Pann indicated that CCP was aware of the outrage, but that doesn’t seem to have calmed players any.

(RPS, thanks for the tip BonsaiK!)