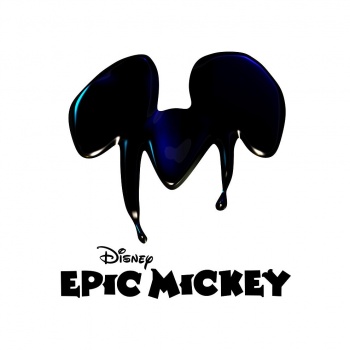 After months of leaks, teasers, and full-on information, the “Epic Mickey” project has been officially announced by Disney, and given an official name and release date (as well as some badass concept art).

We here at The Escapist have been dutifully reporting on Warren Spector’s project code-named “Epic Mickey” since we first heard rumors about the title last December – actually, in hindsight, we technically first heard about it last October when Spector warned hardcore gamers that they might not like his next project.

But I digress: After a month of leaks and reveals, Disney has officially announced the game, giving it an official moniker beyond its working title “Epic Mickey.” Are you ready for it? Here it is:

Such a huge change, I know! I never saw it coming. The project has been dated, too – we can expect to see Disney Epic Mickey hit shelves Fall 2010. Though the official press release (seen at length below) doesn’t share any new details about the story – Oswald the Lucky Rabbit lives in a peaceful cartoon world for “retired” characters, Mickey’s mischief messes it up, Oswald swears revenge – there’s some cool information in there about how the game’s situation mirrors what actually happened with Oswald, Walt Disney’s first mascot character.

Beside the press release, though, comes some completely awesome concept art and screenshots: The Mad Doctor’s lab, some sort of colorful cartoon vista, and animatronic Donald Duck. I love concept art, and this game has some really badass stuff.

The full press release, including story, history, and gameplay elements is below:

“Mickey is an adventurous and rambunctious mouse,” said Warren Spector, creative director and vice president, Junction Point. “I want to bring his personality to the forefront, place him in a daunting world and connect his spirited character with video game players worldwide. Ultimately, each player decides for him- or herself what makes Mickey cool.”

In the game’s fiction, a sorcerer named Yen Sid creates a beautiful, whimsically-twisted world where Disney’s forgotten and retired creations thrive. Originally, the powerful sorcerer from “The Sorcerer’s Apprentice” in Walt Disney’s 1940 film “Fantasia” was nicknamed “Yen Sid” by Disney animators, although never named as such on screen. In Spector’s game, Oswald the Lucky Rabbit – Walt Disney’s first cartoon star created in 1927 – becomes the earliest inhabitant of Yen Sid’s Cartoon Wasteland after Mickey Mouse is created. Oswald makes the Cartoon Wasteland comfortable for other retired characters as they join him in this magical land. Years pass, and as Oswald dwells in the Cartoon Wasteland, he becomes resentful watching Mickey’s popularity swell. When Mickey curiously stumbles upon Yen Sid’s map, he makes an innocent yet terrible mistake and inadvertently devastates Oswald’s comfortable world. Eventually, Mickey’s mistake pulls him deep into the mysterious Cartoon Wasteland to face the destruction he unknowingly created.

“Having Warren combine creativity and innovation with one of the world’s most famous characters takes Mickey back to his creative roots and allows fans to deepen their engagement with him as a character – especially in video games,” said Graham Hopper, executive vice president and general manager of Disney Interactive Studios. “In addition to Warren’s lifelong love of cartoons, films and comics, his visionary approach to game design and storytelling will make certain that this heroic tale of discovery and redemption resonates with Disney fans and gamers alike.”‪

Players use the Wii RemoteTM to wield magical paint and thinner to re-shape the world around them. Paint’s creativity and thinner’s damaging effect give the player robust tools and empowers them to make choices about how they move through the world. Each player’s decisions to use paint, thinner or both dynamically changes the world with consequences that affect the environment, interactions with other characters, and even Mickey’s appearance and abilities.

“The core of this game is the idea of choice and consequence, and how that defines both the character and the player,” says Spector. “By putting the mischievous Mickey in an unfamiliar place and asking him to make choices – to help other cartoon characters or choose his own path – the game forces players to deal with the consequences of their actions. Ultimately, players must ask themselves, ‘What kind of hero am I?’ Each player will come up with a different answer.”

Blurring reality and fantasy, Oswald the Lucky Rabbit’s role is as significant in the game as it was in real life. The Walt Disney-created Oswald appeared in 26 silent cartoons between 1927 and 1928 for Charles Mintz, who contracted with Universal for distribution. At this time, Oswald was primed to be Walt’s first big animated star. When faced with daunting production costs, Walt asked for more money to ensure the quality of the Oswald cartoons. When a deal could not be reached, Walt lost the rights to Oswald and with the rabbit went much of Walt’s staff. Among those who remained with Walt was animator, cartoonist and long-time friend Ub Iwerks, and together they created a new character named Mickey Mouse.

The initial concept behind Disney Epic Mickey originated within the Disney Interactive Studios’ Think Tank. The Think Tank conceptualized Mickey as a cartoon character thrown into turmoil. Spector expanded and refined Disney Epic Mickey’s concept and built the game for a broad audience fully utilizing the Wii and Wii Remote for accessibility and engaging gameplay.

Developed by Junction Point in Austin, TX, Disney Epic Mickey is slated for a fall 2010 release. The game currently is unrated by the ESRB. For more information, go to www.disney.com/disneyepicmickey.