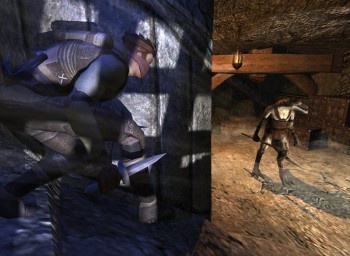 Turbine says revenues generated by Dungeons & Dragons Online have jumped an astounding 500 percent since the game moved to a free-to-play model in September of last year.

Turbine announced in June 2009 that DDO, which debuted in February 2006, would relaunch as a free-to-play game. There would be no time limits, level caps or credit card information required; instead, players would be able to buy optional customization items, adventure packs and other items through the “DDO Store,” while fans who wanted unlimited access to absolutely everything the game had to offer would still be able to purchase conventional subscriptions. The free-to-play DDO launched in September 2009 and a month later, executive producer Fernando Paiz said Turbine was “very happy” with how the new system was working out.

He’s probably even happier now. Despite being available at virtually no cost, Turbine has announced that since the relaunch of Dungeons & Dragons Online: Egberron Unlimited, the subscriber base has actually doubled and revenues have jumped by 500 percent, while microtransaction sales through the DDO Store are running at three times the industry average.

“The response from players to DDO Unlimited has been nothing short of phenomenal,” said Turbine President Jim Crowley. “We’ve known all along how great this game is and by implementing an innovative new model that put the players in charge of how they pay and play DDO Unlimited, we’ve successfully expanded our reach and injected new energy into the game.”

So has Turbine stumbled upon some great money-making secret? Is free-to-play the only way to fly? Blizzard and CCP, who inhabit opposite ends of the user base spectrum, are doing quite well for themselves with a conventional subscription model but it’s clear that “free-to-play” doesn’t necessarily mean “no money for you.” And with the MMOG arena as crowded as it is, giving gamers a chance to try something new without forcing a financial commitment upon them is hardly the worst thing that any studio could do.

Top 10 Most Expensive Games Ever