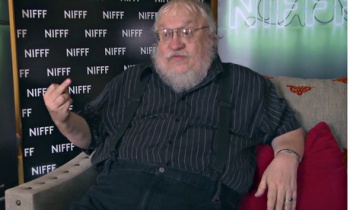 George R.R. Martin reveals he won’t write in hotels, airplanes and in other places other than his home regardless how impatient fans are for the next chapter in A Song of Ice and Fire.

While we already reported that Game of Thrones author George R.R. Martin doesn’t like it when fans question his health when it comes to finishing his book series, A Song of Ice and Fire, he also lets on that he won’t change his writing process in order to please impatient fans who can’t wait for the next book. This was revealed in a video interview with Swiss newspaper Tages-Anzeiger.

I don’t know what I can do about it, you know. I can’t write many more than one word at a time. And I know myself, I’m 65 years old now; I’ve been writing professionally since 1971. I know my working methods. I don’t work when I travel, I don’t work in hotels, I don’t work on airplanes, I don’t work on trains. I work at home, when I have a nice, big uninterrupted block of time in which I can really lose myself in my work. And it’s worked for me for my entire adult life. I’m not going to change it now because some people are too impatient to wait for the next book.”

You can watch the entire video interview here, just to see Martin give his one finger salute to his naysayers in action.

Do you think Martin should reconsider his writing method in order to ensure that the books reach its end in a timely manner? I’m hoping he does, since the TV show is covering more ground in each season faster than he can write ’em. But of course, we do want him to write it the way he intended, and not flesh out his story just to make sure HBO won’t run out of material to show.

Source: Tages-Anzeiger via Winter is Coming