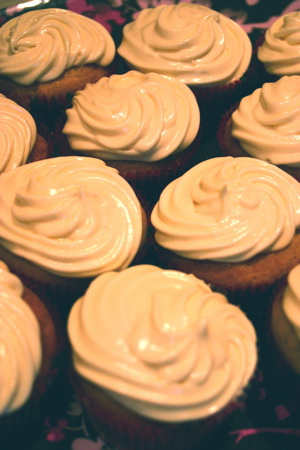 In a maneuver that’s as surprising as it is saccharine, one player unhappy with Mass Effect 3‘s controversial ending has organized and executed what I’m just going to call a “cupcakening.” After raising $1000 on the BioWare forums, user LoganKey partnered with a local bakery to produce 400 cupcakes and ship them to BioWare’s offices in Edmonton, Canada.

The natural next question is, of course, “why,” and the answer is well … interesting? Essentially, the cupcakes have been iced in three different colors, but all taste the same. See where this is going? If you still don’t get it, here’s what LoganKey has to say about his sugary scheme:

We are currently trying to organize the delivery of a mass of cupcakes to Bioware’s studio in Edmonton. All the cupcakes will be divided into equal parts Red, Blue and Green colors… but they will all taste exactly the same. If you’d like to participate, please check out the thread below and let us know.

This coming week, we should send Bioware boxes upon boxes of a dozen cupcakes. We are taking ideas as to what sort of notes we should have attached on each box. Some possibilities include:

I’m not quite sure why three cupcakes wouldn’t have sufficed, putting this “movement” back maybe $10 with shipping instead of a grand, but then again, maybe it’s important that every single employee taste the scrumptious consequences of its writers’ foolish actions! I think the only real question left is, what can I write here that would be controversial enough to get you people to mail me some cupcakes. I’m hungry over here.

Gears of War 3: Forces of Nature Launches, Gets Pretty in the Rain