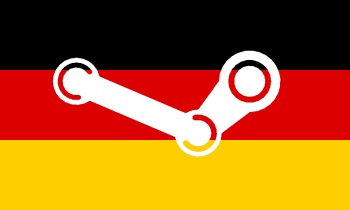 The Federation of German Consumer Organizations says Steam users should be able to resell their games without restriction.

You know how it goes: You buy a game on Steam, it’s attached to your account forever and that’s the end of the story. But that’s not good enough for the German consumer group VZVB, which says that Steam users should be able to sell their games just like owners of conventional card and board games, and has filed a lawsuit to try to make it happen.

Steam users only “partially” own their games, according to Carola Elbrecht of the VZVB, because even though they can burn backup copies onto disc, the games remain tied to individual accounts and Valve’s terms of service forbids their sale or transfer to another user. The VZVB initially threatened Valve with legal action over its TOS in September 2012 but its demands went ignored, leading to the legal action.

“If I pay the full price for a game, then why am I not allowed to do with it what I want?” Elbrecht asked.

A previous VZVB lawsuit against Valve was dismissed in 2010 but in July of last year the Court of Justice of the European Union ruled that “used” software license sales are legal, a decision that Elbrecht said gives the VZVB grounds for the new lawsuit. She expects that the case will drag on for years but added that regardless of how it works out, it will serve a purpose by raising awareness of the issue and possibly convince other online distributors to change their own practices. Valve, however, appears to consider the matter already settled.

“We are aware of the press release about the lawsuit filed by the VZBV, but we have not yet seen the actual complaint,” Doug Lombardi of Valve told Gamasutra. “That said, we understand the complaint is somehow regarding the transferability of Steam accounts, despite the fact that this issue has already been ruled upon favorably to Valve in a prior case between Valve and the VZBV by the German supreme court. For now, we are continuing to extend the Steam services to gamers in Germany and around the world.”

Remember, We’re Just 65 Years Away From the PlayStation 9