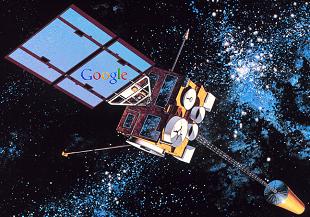 Phase One is 180 low-orbit satellites, which would bring broadband Internet to areas where it’s not available.

The Wall Street Journal is reporting that Google will spend over $1 billion on its new satellite Internet initiative.

The plan, which is focused on bringing broadband Internet to areas where it’s currently unavailable, calls for an initial rollout of 180 small, low-orbit satellites.

The cost could rise to $3 billion, depending on how many additional satellites Google deploys after the initial launch phase.

The Journal says that Google’s satellite program is being led by O3b Networks founder Greg Wyler. Google has also been busy hiring engineers from Space Systems/Loral LLC. Both companies are focused on satellite communications technology.

Such an Internet satellite network is win-win for the likes of Google. The network would bring reasonably fast broadband Internet to those who cannot access the Web by any means right now. Whether it’s third-world countries lacking the proper infrastructure, or rural communities in North America where the broadband pipe doesn’t exist.

The upside for Google, along with oodles of positive publicity, is users and eyeballs. Opening up the Internet to millions of new users means the next wave will be, in theory, using Google services, both free (search, email) and paid (apps).

The rumored satellite network is not the first rural Internet plan Google has crafted — Project Loon is a similar initiative, although it uses drones instead of satellites to serve up broadband — nor is Google the only tech giant on the block with such grand aspirations; Facebook is trying a similar drone-based Internet network, too.