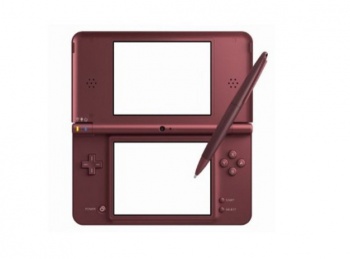 Do not accidentally drop your Nintendo DS at the zoo or a gorilla might pick it up and beat your game of Zelda.

The greatest piece of evidence that connects the human race to gorillas has just been discovered at the San Francisco zoo. While photographer Chris Spicuzza was nearby, a little boy accidentally dropped his Nintendo DSi XL inside the gorilla pen. Rather than rage out and smash the DSi XL, a gorilla picked it up and started to play.

Okay, it didn’t actually play the thing, but given a few weeks it looked like the gorilla could have figured it out. He picked it up, looked at the screen, and inspected it thoroughly. A baby gorilla even came up and tried to steal it from the adult gorilla.

The story has a happy ending, as the gorilla eventually was tricked into trading the DSi XL to its trainer for a shiny apple, which is actually more than he would have gotten had he traded it in at a game store (I kid). It still worked, though it was covered in gorilla slobber and had a few more scratches than it did before it was handled by an animal that could pick up a car. Nintendo really builds solid hardware eh?

Spicuzza’s blog contains a progression of photos and a short video that shows off the funny event. I wonder what DS game has the highest score amongst gorillas on Metacritic?