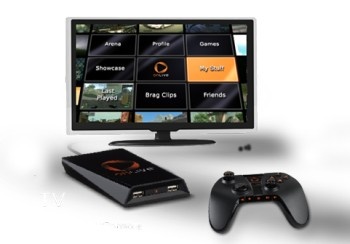 If Cloud-based streaming services like OnLive, Gaikai, and Otoy do what they say they will, it will herald not just the end of the Console War, but the end of the console – for good.

Gamers have good reason to be wary of the recently-announced services like OnLive, because if something sounds too good to be true, it usually is. Even a fraction of a second’s lag between input and reaction will be too much for precision-based games like fighters, RTSes and FPSes. Plus, many people aren’t comfortable with the idea of never owning a physical copy of their games.

Let’s imagine, though, that these much-hyped services will work exactly as described – or, if they don’t, that someday similar services will via superior technology – and think about just how it would change every facet of the industry as we know it today. In this week’s issue of The Escapist, Ray Huling spoke with three pioneers in the world of Cloud/Streaming gaming – Gaikai’s David Perry, Otoy’s Jules Urbach, and Unity’s David Helgason – about what they imagined the future would bring.

For one, consoles would be all but obsolete, and if they stayed around, they might look very different than they do today:

OnLive’s MicroConsole provides a good example of where the Big Three may be headed. “There still is a piece of hardware at the end rendering this stuff that’s streaming from the server,” says Urbach. “You might see a PlayStation 4 that’s super cheap and is just a great way of streaming content.” The hardware could even take a form invisible to the average consumer. “You may see it reduced to a chip that goes into every possible device out there,” he says. “It’s what’s happened with music, and it’s happening with video and television. And you’re going to see it happen with games.”

And the death of consoles is only the beginning. Read more about the changes Cloud gaming could bring to the industry in Ray Huling’s Destroy All Consoles in The Escapist’s Issue 212.