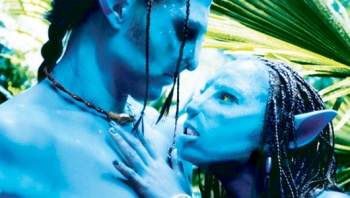 Thought Watchmen was the only place you were going to see a blue gentleman’s undercarriage? Guess again.