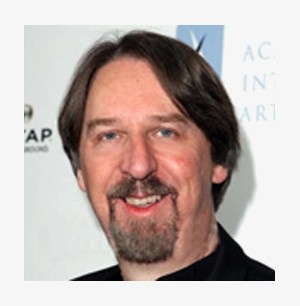 Members of the International Game Developers Association are calling for the removal of Edge Games founder Tim Langdell from its Board of Directors over his habit of threatening and suing anyone who uses the word “edge” without licensing it from him.

Tim Langdell founded Edge Games in 1979 and trademarked the phrase “The Edge” in 1984, a move which would ultimately result in threats and lawsuits against numerous game makers who dared use the word “edge” in their title. And it didn’t stop there; Edge Magazine was forced to license the name from Langdell, while Marvel Comics and even the 1997 Anthony Hopkins film The Edge were ensnared in his web.

But when Langdell forced the removal of the hit iPhone game Edge from the App Store as detailed in Shamus Young’s excellent article EDGE of Asshattery, he may have finally overplayed his hand. Grass-roots outrage against Langdell’s behavior exploded and at least some IGDA members have grown weary of his shenanigans and are asking their fellows to take action against him.

An email sent to IGDA members says Langdell’s behavior has “raised questions regarding his suitability” to sit on its Board of Directors, a position to which he was elected in March 2009. “Tim Langdell’s company, Edge Games, has trademarked the word ‘edge’ and they leverage this trademark against any media that contains this word – threatening legal action should their target not enter into a licensing arrangement with the studio,” the email reads. “Most recently their actions have resulted in the removal of the indie game hit, Edge, from the iPhone app store. Meanwhile, Edge Games has not been associated with the direct production of an original video game in the last fifteen years.”

Of primary concern to the email’s authors is Langdell’s use of his position on the IGDA Board to bolster his litigious claims, noting that in his lawsuit against the defunct game Edge of Extinction, he described himself as “a legal expert in the field of computer gaming” who “presently serves on the Board of Directors of the International Game Developers Association, which is the largest game association worldwide.”

“Many of us believe that this is a gross misrepresentation and feel that Tim Langdell is able to use his position on the board of the IGDA to work directly against the mission of the organization,” the message says. “As IGDA members with voting rights, it is our responsibility to elect a board that we can trust to represent us. But no election system is perfect and sometimes corrections need to be made.”

The email calls for a special meeting of the IGDA membership to vote on the removal of Langdell from the Board of Directors; ten percent of the association’s membership must call for the meeting in order for it to be held. An online petition requesting that the Board call the special meeting is now available, in case you happen to be a member and want to make your opinion heard.

Langdell’s removal from the IGDA Board of Directors, if it happens, won’t bring an end to his lawsuits but it will shine more light on his contentious relationship with the industry he purports to represent. If nothing else, his presence as a director of an organization meant to support game developers is grossly inappropriate; he may be legally entitled to defend his claims on the “Edge” trademark, but he most certainly shouldn’t be using an industry group like the IGDA to do it.