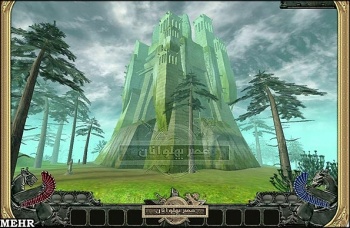 The Age of Heroes, touted as Iran’s first national game, is a 3D action title based on central themes of classic Iranian literature and features mythical and historical characters from Iran’s past.

The purpose of the game, which was pitched by The Ferdowsi Foundation and developed by Iran’s Modern Industry Center, seems to be to serve as edutainment for a Persian-speaking audience. It’s based on the characters and themes of Shahnameh (or The Book of Kings), an epic poem written by the poet Ferdowsi that serves as the national epic of the Iran.

“The locations and the environment of the game are based on Iran’s culture, geography and climate, featuring its epic music and Persian characters in traditional costumes situated in Persian historical monuments,” the Tehran Times reported. Over 90 characters from the Shahnameh appear in the game.

Educational value aside, The Age of Heroes basically sounds like a regular ol’ 3D action game that doesn’t look completely horrible and kind of recalls World of Warcraft, if WoW were set in mythical Iran. “The user must make use of various kinds of weaponry to fight against the evil characters of the story in order to learn the secret of invulnerability,” says the Tehran Times.

Billed as an “Iranian cultural production,” the game is available throughout the country and is planned to hit other Persian-speaking locales as well.

You know, why can’t Americans have something like this? The only game our government will fund and promote is America’s Army, which, Guinness records aside, is not exactly as cool as a game based on an epic poem. Then again, what’s the U.S.’s “national epic?” The Great Gatsby? Moby-Dick? Star Wars? Scratch that – we already have too many of those.