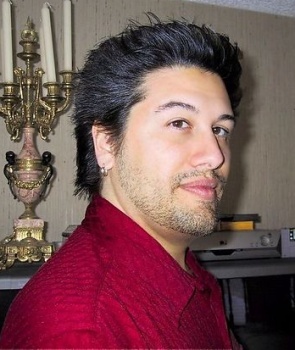 Legendary Doom and Quake designer John Romero is doing something: We’re not sure what, but it involves the Unreal Engine 3 and he’s looking for some help.

We all know who John Romero is, right? Co-founded id Software, designed Doom and Quake, and then there was that whole Daikatana thing at Ion Storm that’s probably best forgotten. And after that painfully drawn-out catastrophe, Romero himself seemed to be forgotten too, an irrelevant relic of an era the industry had long ago left behind.

But he never really went away, he just toned it down a bit. After the collapse of Ion Storm he founded mobile game developer Monkeystone Games, then went to work at Midway for awhile, started an MMOG development studio called Slipgate Ironworks and then last year co-founded a “publisher/developer/operator” called Gazillion Entertainment. And now he’s doing something else.

What could it be? About 50 Slipgate employees were laid off late last year but as VG247 noted, the studio said at the time that it was continuing to work on “breakthrough MMO entertainment.” So maybe it’s that, or maybe it’s something else entirely. The real question is this: Is he finally going to get around to making me his bitch or what?

(Sorry, John. I don’t think you’re ever going to live that one down.)

Exclusive TV Channel May Be Heading to Xbox Live