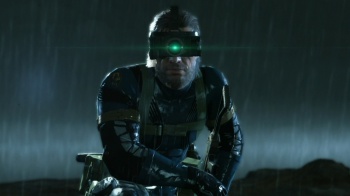 Metal Gear Solid V: Ground Zeroes’ resolution will only be 720p for the Xbox One, which is the same as current-gen, while the PS4 version will run at 1080p.

Konami has officially confirmed that the PS4 version of Metal Gear Solid V: Ground Zeroes will run at native 1080p, while the Xbox One version will only output at 720p, which is the same as the PS3 and Xbox 360 versions. However, both the PS4 and Xbox One versions will be at 60 frames-per-second (fps), with current-gen versions only managing 30fps. You can check out the comparison table below, as well as side-by-side screenshots of MGSV: Ground Zeroes’ on current and next-gen.

This isn’t the first time a multi-platform game has been technically inferior on the Xbox One, with the most recent example being Tomb Raider: Definitive Edition on the PS4 running at twice the frame rate of its Xbox One counterpart. Just yesterday, we posted that the PS4 managed to outsell the Xbox One almost two-to-one in the US last month. Could this technical gap be one of the major reasons people are buying more PS4s?

In other MGSV: Ground Zeroes news, it’s been mentioned that the game will only take two hours for players to complete its main mission.

Will Ground Zeroes’ follow up, The Phantom Pain, be at the same resolution and frame rate? We won’t know for sure until Konami or series creator Hideo Kojima gives us a confirmation. But for those thinking of picking up MGSV: Ground Zeroes, is this disparity enough for people to choose the PS4 version over the Xbox One?

Official Lego Ghostbusters Set Will Look Like This, Cost $50