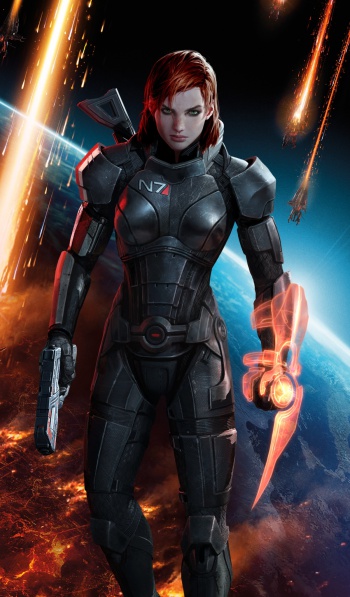 A BioWare producer says that Shepard’s successor for the next Mass Effect game will be very different.

With the Mass Effect trilogy completed, BioWare producer Fabrice Condominas has told VG24/7 that the studio will certainly continue with Mass Effect, but that Commander Shepard will no longer be a feature of the series. Calling Shepard’s departure as protagonist the “starting point” of their production process, Condominas went on to describe that the studio is still in the planning phase for a fourth game. Additionally, Condominas says that the studio wants to avoid making the protagonist of the new game a “Shepard 2.” He confirms that the game will be in a “very, very different context” from previous Mass Effect titles.

The decision to make the new protagonist not even “a soldier in the universe” is an interesting one, given the military focus of the Mass Effect trilogy. Judging by Condominas’ comments, the game could be a sequel or a prequel to the original trilogy. He said that “we don’t even know what kind of time frame we’re going to be in.” It’s truly hard to judge what’s in store for lovers of Mass Effect, because as Condominas points out, “the Mass Effect universe is vast and very, very rich.”

The departure of Shepard will mark a shift in tone for the series, which has made its name on the adventures of the special operations soldier. The game is known for its branching storylines where player choice is emphasized, and while fans will disagree on whose Shepard is the best, they’ll all agree that Shepard’s story is the core of Mass Effect. It will certainly be a challenge to find a strikingly different protagonist who still makes the world feel like Mass Effect. In the end, a less militarily inclined protagonist will surely lead to a very different space opera, and could signal a shift in tone from conflict to exploration – or at least a broadened scope.