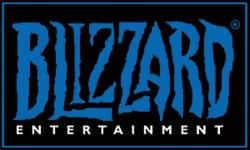 Since its launch in 1997, the only advertising ever seen on Blizzard’s online service for all things Diablo and Starcraft, Battle.net, have been banner ads telling you to purchase its latest wares. All that is set to change as the World of Warcraft developer has struck a multi-year deal with the Microsoft-owned king of online game advertising, Massive INC, to supply Battle.net with advertising beyond the walls of Blizzard. Some of Massive’s other customers include Electronic Arts, Activision and Sega.

As Massive’s forte is its ability to place dynamic advertisements within the games themselves, Blizzard COO Paul Sams has squelched the fears of gamers stating that, “This partnership does not include in-game advertising, as Massive understands and respects our stance against advertising that might detract from gameplay or offend our players.”

While advertising within a retail gaming product hasn’t always produced the desired results, the hope is that developers turn to it as opposed to charging consumers for the expenses they’re hoping to cover. An example of this would be MMOG titles like Anarchy Online, which utilize in-game advertisements as a way to make the games available for free. The advertising that Massive Inc is offering Blizzard won’t be seen in-game, but they may still be a solution for a particularly sticky situation. At their annual fan convention, Blizzcon, which was held earlier this year, Diablo III producer Jay Wilson was asked whether or not Battle.net would remain free in the face of the massive, subscription-based success of their own MMOG title, World of Warcraft. Wilson admitted that Blizzard is looking to “monetize Battle.net so that we get to keep making these games and updating features.”

If keeping Battle.net free for gamers around the world means that we have to bear witness to an endless supply of advertisements for pain relievers and sandwiches, I believe we can all live with that. But should the day come when we’re all paying for the opportunity to play Diablo III and get free credit reports, consider your right to pitchforks invoked.