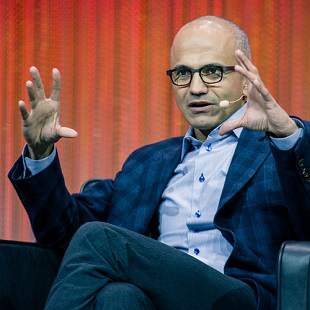 Bloomberg is reporting that Microsoft will soon announce its biggest staff reduction in over five years, and the announcement could come by the end of the week.

Microsoft CEO Satya Nadella alluded to big changes and restructuring in a company-wide memo sent to employees last week. Along with shifting focus away from a “devices and services” strategy, Nadella has to complete the integration of the 25,000-plus Nokia employees that came over in Microsoft’s acquisition of Nokia’s hardware division.

Along with removing redundant positions caused by the Nokia hardware buy, Nadella also wants to streamline other departments, including engineering.

Wherever the layoffs come from, the cuts will be deep. Steve Ballmer let 5,800 Microsoft employees go in 2009, and Bloomberg reports that this forthcoming reduction round is expected to be just as large, if not larger.

The Xbox division was not specifically referenced by Bloomberg, but Nadella did reaffirm his committment to the brand in his memo last week. “Microsoft will continue to vigorously innovate and delight gamers with Xbox,” said Nadella in the memo. “Xbox is one of the most-revered consumer brands, with a growing online community and service, and a raving fan base…we will continue to innovate and grow our fan base with Xbox while also creating additive business value for Microsoft.”