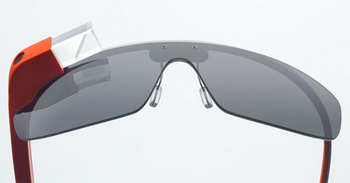 Microsoft has been working on prototypes for internet-enabled glasses in case the market goes somewhere.

Internet-enabled eyewear hasn’t caught on as a fashion statement yet, but Google kicked it off with their Google Glass, technology that provides information in a hands-free format. Microsoft is keeping an eye on the market should it grow in popularity. A person familiar with the project said Microsoft has already asked component makers in Asia to supply cameras and other components for Microsoft’s prototype of internet-enabled eyewear, according to the Wall Street Journal.

Microsoft is “determined to take the lead in hardware manufacturing to make sure the company won’t miss out on the opportunities in the wearable gadget market,” the person said.

The company has been working on not only keeping up but also surpassing others in hardware manufacturing. Microsoft missed the boat on smartphones as Apple and Samsung led the way. Now Microsoft has expanded into tablets with Surface.

Google Glass is not available to the public yet, but market research firm ABI Research predicts annual sales of similar devices to reach 485 million units by 2018. We already use much of technology on the go, as evident by smartphones and mobile gaming. It would not be surprising if in the future many people switch to using wearable technology. Microsoft is also testing a web-connected watch, the Wall Street Journal reported.

At the moment, this kind of technology looks much more expensive than the smart phones and tablets people widely use now. In case the market goes in the right direction for consumers, Microsoft will try to make sure it’s ready.