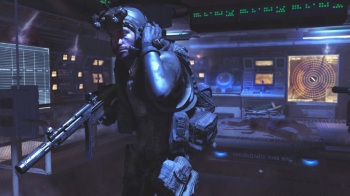 Activision’s shooter has grossed more money in five days than any other form of entertainment ever.

Well, I guess I have to eat my M-16. Last week, I made the bold prediction that MW3 was going to sell well, but that it wouldn’t do as well as its predecessors. After five days of sales figures were released by Activision today with MW3 grossing $775 million in just five days, it looks like I was as wrong as a Russian informant. The figure breaks the previous sales record set by Black Ops last year with $650 million.

Activision boss Bobby Kotick was quick to gloat that his property reigns supreme. “Life-to-date retail sales for the Call of Duty franchise have exceeded $6 billion worldwide, which makes Call of Duty one of the most valuable entertainment properties in the world,” he said. “We expect continued sales momentum, as reviews and audience enthusiasm suggest that this is the best Call of Duty game that we have ever made.”

Not only has MW3 made more money than Avatar or Titanic did in five days, it’s breaking all kinds of records for use on Xbox Live and PSN. According to Activision:

In short, a lot of freaking people are playing MW3 and this hammer with a J pin tastes delicious.

Square-Enix Revs Up with Unreal Engine