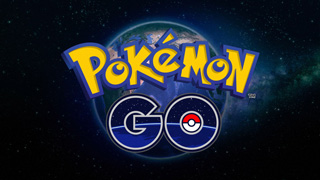 A new update for Pokemon GO rolled out over the weekend, and it’s got players up in arms. At issue are a number of changes, first among them the removal of the ability to track Pokemon. If you’ve played the game, you know that the lower right corner of the screen features a button that will show you the Pokemon that are nearby, with footprints under each one that help you determine how far away it is. Even though the footprints haven’t been working, players were hopeful that they’d be fixed soon. Instead, Niantic removed footprints from the game entirely in yesterday’s update.

In the time since footprints stopped working, people on the internet were working to address the issue, as they always do. Third-party tracking sites sprung up, with one of the most popular being Pokevision.com. Pokevision used Niantic’s API to pull the location of Pokemon and display it on a ESRI map for users to see. It even included the spawn timer for each one, allowing you to know if you could get to where that rare Pokemon was lurking before it despawned.

On Friday, Niantic CEO John Hanke said that he was “Not a fan,” of these services, and that “They might find in the future that those things may not work.” About two days later, Pokevision ceased to function, and its official Twitter said that the site was “respecting Niantic and Nintendo’s wishes,” indicating that they had been asked or told to shut down.

As you can imagine, the community is up in arms over the move, with the Pokemon GO subreddit going, as one user put it, “From ‘How Can We Find Ditto’ to ‘How Can We Take Down Niantic’ In A Day.” Now it’s filled with posts from angry players discussing the changes, suggesting fixes, and some even reporting that they’re quitting for good thanks to the changes.

It remains to be seen how Niantic will respond, but so far it’s been quiet on the issue. If the CEO’s quote is any indication, this may have been the intended outcome, but the mass amount of ire from the player base may change the company’s outlook. We’ll just have to wait and see.