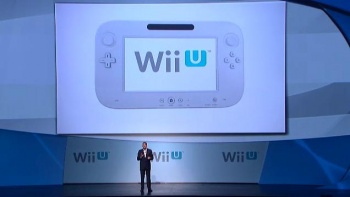 The Wii U caused quite a stir at E3 but it didn’t do much good for Nintendo’s share price, which fell to its lowest point in more than five years following the announcement of the new console.

The announcement of a brand-new gaming console is the sort of thing that’s supposed to excite consumers, which in turn excites shareholders, which naturally pushes share prices up, even if only temporarily. Isn’t it curious, then, that with the upcoming Wii U and its unique, tablet-like controller making a splash at E3, Nintendo’s price fell to its lowest point in more than a half-decade?

Regardless of the response on the E3 floor, Nintendo shareholders apparently aren’t too impressed with Nintendo’s vision for the future. “There were high expectations from the new version of the Wii and this fell far short,” Tokai Tokyo Securities analyst Yusuke Tsunoda told Bloomberg. “People had expected to see something more at a big event like the E3, but there wasn’t really anything more than what’s already reported.”

Nintendo’s price fell off 5.7 percent at the close of trading in Osaka yesterday, dropping to $212 per share.

It’s a safe bet that this isn’t the reaction Nintendo was hoping for when it pulled the covers off its new hotness, but on the bright side the Wii U is more than a year away, which gives the company plenty of time to square away third-party support, show off its capabilities and really knock the socks off gamers and investors alike. Hey, it wouldn’t be the first time Nintendo took a weird idea and a silly name and spun them into gold, right?