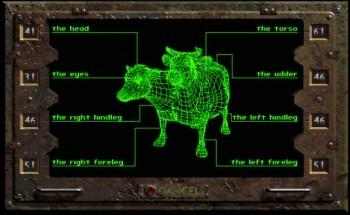 Bad news for gamers in India: It looks like you’re not going to get to play Fallout 3 after all.

While the PC and PlayStation 3 versions of the game were never scheduled to be released in India, Microsoft had been tapped as the distributor of the Xbox 360 release of the game, set to take place on October 28. But now, Microsoft India has released a statement, reported by GamingIndians, that the game will not be released due to concerns over “cultural sensitivities.”

“Microsoft constantly endeavors to bring the best games to Indian consumers in sync with their international release,” the company said in the statement. “However, in light of cultural sensitivities in India, we have made the business decision to not bring Fallout 3 into the country.”

As GamingIndians points out, games like Postal, BioShock and Grand Theft Auto are readily available for purchase in India, so what it is that makes Fallout 3 such a risk is a complete mystery at this point. We’ve put out feelers to try to get to the bottom of this, and we’ll update with new information when it becomes available. In the meantime, this looks like yet another case of a game publisher going way too far in an attempt to avoid tipping any sacred cows.

UPDATE: Yes, I made a funny. But Sameer Desai of GamingIndians has confirmed that the presence of cows in the game, the famous Fallout brahmins, is in fact the problem. “The issue at hand, is that in the game you can slaughter cows. Cows are sacred in the Hindu religion, and if I’m not mistaken, the cows in the game are called Brahmins, which is the name of a Hindu sect/caste,” he said. “Considering the games that are readily available in India, this shouldn’t be a problem, but since Microsoft was directly distributing the game in India, I think they’ve chosen to be cautious rather than be faced with a backlash later.”

So now we know.