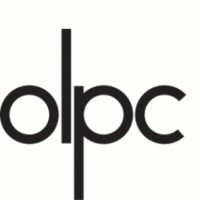 One Laptop Per Child is holding the first OLPC Game Jam, a game design and programming event designed to boost experimentation and innovation in the games industry, as well as the development of open-source games for the OLPC platform.

Game developers will get together to produce as many games as possible for the laptop over a three-day period. Code will be released on SourceForge under the GNU General Public License. The goal of the Game Jam, according to its website, “is not just some great games and experimentation on the XO laptop, but also to bring the unique constraints and output of this project to next year’s GDC Experimental Gameplay Workshop.”

The event will be split into four “development tracks” centered around a particular aspect of the laptop:

Mesh Networking: Each XO has mesh networking capabilities that allow it to broadcast and connect to any laptop around it, allowing activities to easily be made collaborative.

Camera: Each XO has a videoconferencing-quality camera embedded to the side of its display.

Tablet Mode: The XO laptop has a distinct tablet mode where the screen can output high-resolution b/w graphics in sunlight conditions and features built in game-pad like buttons. This mode might lend itself to specific styles of play including one involving real-world activity beyond a confined space.

Malleable Games for Learning: A key consideration of the OLPC effort is certainly learning. However, more importantly it is hoped that kids can use the laptops to create their own games and experiment deeply with learning games by having access to modify and change them as part of a learning process. This track will elicit games that speak to this ideal.

The One Laptop Per Child program is intended to provide children in developing countries with low-cost, fully functional laptop computers that can operate under harsh conditions with minimal resources. The systems are designed to operate with mobile ad-hoc networking, allowing multiple systems to access the internet through a single connection. Pricing is expected to begin between $135-175, eventually reaching the original goal of $100 per unit sometime in 2008.

The OLPC Game Jam will run from June 8-10 at Olin College in Needham, MA.