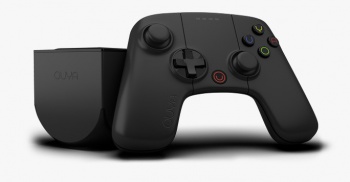 For just $60 a year, you can play every single title in the Ouya library.

It’s no secret that the Ouya didn’t quite perform as well as the company had hoped, and has introduced a new “all-access” plan as its latest move to increase its user-base. The “Ouya All-Access Pass” is a limited-time yearly subscription, where just $60 will unlock seemingly unlimited access to the entire Ouya library.

There are, of course, some provisos, namely, that the pass only unlocks “one-time purchases under $30 such as full-game unlocks and level-pack add-ons,” but does not include downloadable content designed to “enhance gameplay” with options such as “extra lives and power-ups”.

The new All-Access Pass follows a March change in Ouya policy allowing developers to make paid games that don’t include free demo versions (which was touted as a staple of the console at launch) or in-app purchases.

Ouya sent a statement to Ars Technica about the promotion, calling the All-Access Pass a “pilot subscription program” and saying, “For the price of one console game, players receive access to the entire OUYA catalog of more than 800 titles for a full year. It’s just one of many things we’re exploring to give players the best value and developers the best visibility. Results of this test will dictate if/how we proceed with an official subscription program.”