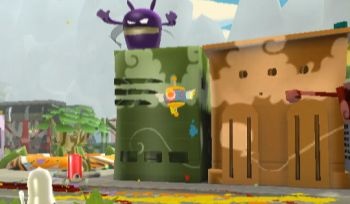 Industry analyst Michael Pachter says the Nintendo Wii has become “fast food” that appeals to a wide but less sophisticated range of gamers based on its great concept, presentation and strong brand recognition.

Pachter said that while game quality is important, concept and recognition are even more vital in determining how successful a console will be in drawing an audience. Wii owners are less likely to own other consoles and, generally speaking, aren’t “sophisticated enough” to know, or even care, how a game they’re interested in compares to hit titles for the PlayStation 3 or Xbox 360.

“They buy the Wii games that they buy for the same reason that people go to McDonald’s. McDonald’s doesn’t win a lot of restaurant critic awards but they are approachable, they’re consistent, and you know what they’re going to serve you,” Pachter told Gamasutra. “I mean, who sells more food – McDonald’s or Ruth’s Chris Steak House, which certainly serves better meat? Nintendo has become the fast food machine. Sony is very much the high-end restaurant. And Microsoft is somewhere in between.”

Case in point: de Blob, which Pachter called a great Wii game, and which was outsold by both The Price Is Right and Are You Smarter Than a Fifth Grader: Make the Grade. “That’s sad,” he said. “But it tells you who the audience is.”

“If the concept is right, if the recognition factor is there, if you ‘get it’ from what’s on the box, sometimes the game doesn’t even have to be that good in order for it to sell,” he continued. “When a housewife is in Wal-Mart and sees Jillian Michaels’ face on Jillian Michaels Fitness Ultimatum 2009 for Wii, nobody has to explain it to them. They recognize her from TV’s Biggest Loser, they know they have a Wii Fit Balance Board at home, and they buy the game. Do they know whether it’s a good game or not? Doesn’t matter.”

Reminds me of an old saying about steak and crap. But Nintendo appears to have found the Grail of gaming and while it may be accurate to refer to mainstream Wii fans as unsophisticated when compared to the hardcore, it’s also rather silly to rail against the system’s success as some people tend to do. Begrudging the mass market is a waste of time.