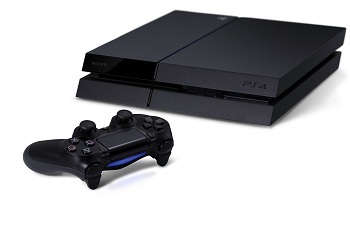 It’s only been on the shelf for six months but Sony President and CEO Kaz Hirai says the PlayStation 4 console is already pulling its own weight.

Historically, it hasn’t been easy making money from a game console. Manufacturing costs are high and margins are tight, and there’s always the worry about the Other Guy and how long he’s willing to take it on the chin just to maintain a little bit of an edge in market share. Companies do it because a large user base allows them to make money on software, accessories, licensing and of course the long-term dream that the hardware itself will eventually start to make some money too, but you may recall that it took the PlayStation 3 more than three years before it stopped bleeding green.

Things are looking a lot better for the PS4, however. Speaking at a corporate strategy meeting earlier this week, Hirai described the launch of the console as “hugely successful” but said long-term success will depend on “how solidly we can continue to grow the installed base.”

“In terms of game titles for PS4, as of April 13, 47 titles had been launched with a total of 20.5 million units being sold via retailers and over the network on the PlayStation Store,” he said. “From a profitability perspective, PS4 is also already contributing profit on a hardware unit basis, establishing a very different business framework from that of previous platform businesses.”

It was estimated last November that the PS4 costs $381 per unit to build, so the profit isn’t much, but it’s better than nothing and a massive improvement over the $805 per unit cost of the PlayStation 3, which sold for $599. Even better for Sony, that vastly-reduced cost allowed it to sell the PS4 at a substantially lower price than the Xbox One, which no doubt played a large part in Microsoft’s recent decision to release a version of the console without the Kinect.