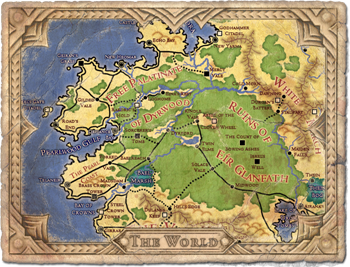 Obsidian’s Kickstarter RPG adds a new stretch goal as it cruises into the multiple millions.

I don’t think there was any real doubt that Obsidian’s Project Eternity Kickstarter was going to be a success. The question now is how big a success it will ultimately prove to be. At this point, it looks like the answer will be “pretty big,” and perhaps even “really big.”

With 20 days left on the clock, Project Eternity has blown past the $2 million dollar mark, with more than 47,000 people pledging their money to a game that, when you get right down to it, nobody really knows anything about. Hitting that goal means Obsidian will add customizable player houses to the game, where players can store surplus equipment or partake in the sacred Elven ritual of “chillaxation.”

The next “stretch goal,” at $2.2 million, will add a new faction, new companion and translations into French, German and Spanish, while $2.3 million will add the new “Godlike” races, similar to the planetouched races of Dungeons & Dragons, and three different gameplay modes: Expert, Trial of Iron and Path of the Damned. Trial of Iron will give players just one single save spot for the entire campaign that’s deleted if they die, while Path of the Damned will be akin to Icewind Dale’s ridiculous Heart of Fury mode, making combat “much more difficult for everyone involved.”

Stretch goals at $2.4 million and beyond are still being determined, but with 20 days to go it seems very likely they’ll be needed.