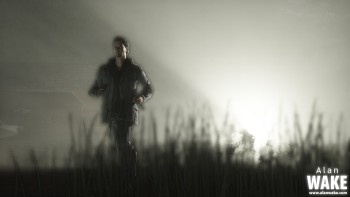 Bad news for PC gamers: Remedy is putting all its effort into developing the Xbox 360 version of Alan Wake and as a result, the PC release will just have to wait.

Quoting the Finnish gaming magazine Pelaaja, fansite BrightFalls.net picked out a few major points regarding the upcoming game. First, Alan Wake is on schedule and will make its launch target, coming out for the Xbox 360 in spring 2010. The “original vision” of the game remains the same but as development has progressed, the way it plays has changed: It will not be linear, according to the magazine, but in order to accommodate the focus on story, the planned sandbox style of gameplay has been abandoned.

But of particular interest to PC owners is the fact that Remedy has talked exclusively about the Xbox 360 version of the game since E3, leaving the fate of the PC version a mystery. In the article, the studio said it and Microsoft were only talking about the 360 version at this point; when pressed for clarification on the Alan Wake forums, “MarkusRMD” of Remedy responded with the following:

Unfortunately all I can say at this point is that we’re focusing all our efforts on the 360 version and will be making comments in regards to the PC at a later in time.

It seems unlikely that the PC version would be canceled at this late stage, but a delay appears all but inevitable. Hopefully Remedy will reveal its intentions for the PC release in the near future.

EA Offers Wisdom on Breaking Into the Gaming Biz