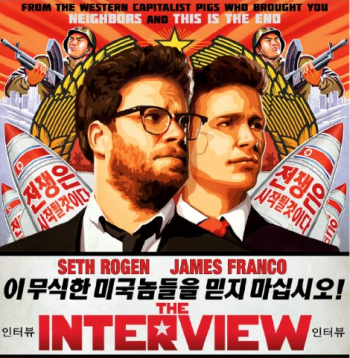 The Interview may get a release after all. It’s a Christmas miracle!

Update: Re/code has gotten word from Sony, disputing the New York Post report. “Sony is still exploring options for distribution,” said Sony spokeswoman Lauren Condoluci of Rubenstein Communications, adding that the New York Post story is “false”. We have reached out to Sony for confirmation.

Original Story: The biggest movie story to come out of the year was Sony Picture’s landmark decision to cancel the release of Rogen/Franco comedy The Interview following threats from North Korean hackers. We all thought that this one would get locked away somewhere, to never see the light of day, but now, at least according to a report from the New York Post, it may get a release after all.

The report states that Sony plans to release the movie for free on its online streaming service Crackle. The New York Post claims that “sources” told it this, but neglected to mention who these sources were. We have yet to find another site to corroborate these reports, and Sony has yet to respond to our own request, so let’s throw a big “rumor” tag around this one for now.

Considering that the theaters, and many other streaming services are too scared to screen the movie, Crackle does seem like the most-likely way for Sony to release the movie.

I really hope this does happen and I really hope it happens soon. It’s completely absurd that some crack-pot dictator in a country thousands of miles away can effectively censor films in America.

Microsoft Joins The VR Race With Its Own Xbox One Headset