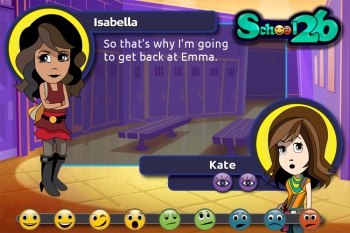 The founders of Silicon Sisters Interactive say the videogame industry has perfected the art of making games for guys but still doesn’t understand what women want.

Life is good if you’re a male gamer. You can shoot things and blow stuff up and drive around and punch people until you’re blue in the face and you’ll still never run short of videogames to play. But the situation is different if you’re a girl gamer, according to Silicon Sisters CEO Brenda Bailey Gershkovitch, because the industry still hasn’t figured out how to give you what you really want.

“What we’ve seen is a fairly superficial offering where, in the absence of truly understanding what women want in terms of game mechanics and connection, what we’re getting is a female wrapper around a game that’s really designed for men,” she told GamesIndustry. “But while that works to some degree it’s not going to, in my estimation, really build the gaming community, and really contribute to that aspirational goal of finding out what it is that women connect with when they game.”

The Vancouver-based Silicon Sisters was founded in July 2010, following six months of research into the ways women “game differently” than men. “There are an enormous number of academic studies that cover tiny slices of female play in all kinds of different ways,” explained Silicon Sisters COO Kirsten Forbes. “We complied all of that together and saw certain trends emerge.”

“It took 30 years to really perfect the three things that males seem to really love, which are shooting, and driving, and sports,” Forbes said. “And those are absolutely kick-ass games now, and you really have to sit back and go, ‘What is the equivalent for girls? And please God, don’t let it take us 30 years to get to as high a quality level as that.'”

Women have evolved to deal in “subtleties,” Forbes said, and so the female equivalent of the visceral thrill men feel when they shoot something will likewise be more subtle. “I use persuasion as an example. That’s something women are incredibly good at: persuading people with our words and our thoughts and our bodies… and how do you translate something like that into a mechanic?” she said. “If that’s something that we’re good at and gives us a visceral sense of satisfaction, then how do we turn it into gameplay?”

Silicon Sisters’ first game, an iPhone released entitled School 26, is a game of “empathy, strategy and relationship building” aimed at girls aged 12 to 16. The studio also has at least one game aimed at older players in pre-production.