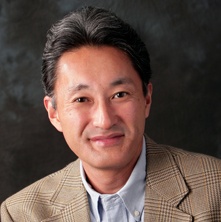 Speaking to Official PlayStation Magazine, Hirai touched on the other current-gen gaming consoles on the market and how they stacked up against the PlayStation 3. “With the Xbox… I can’t come up with one word to fit,” he said. “You need a word that describes something that lacks longevity. Last time I checked, they’ve never had a console that’s been on the market for more than four or five years and we’ve committed to a ten year life cycle, so you do the math.”

“And unless things go really bad,” he continued, “there’s no way that at the end of a life cycle our competition is going to have a higher install base.”

As for the Nintendo Wii, which continues to dominate the market, Hirai maintained the Sony line that it’s not actually competition at all. “It’s difficult to talk about Nintendo because we don’t look at their console as being competitors,” he said. “They’re a different world and we operate in our world – that’s kind of the way I look at things.”

The man has a point, if not about the inevitability of a PlayStation victory then at least about the fact that it’s way too early to start panicking if Sony truly is committed to a ten year life cycle. But then the obvious question becomes, at what point does that commitment begin to wane? Microsoft has started to turn a profit on the Xbox 360 and Nintendo has been making money hand over fist on the Wii pretty much since the start, but Sony is continuing to bleed.

And what happens when Microsoft and Nintendo release their next generation of consoles while Sony is working through its ten years on the PS3? The company is betting the farm on the PlayStation 3, and it’s a risky gamble; it may in fact be the best value for a complete home entertainment package, but at this point very few people seem to care. Props to Hirai for grace under pressure, but Sony management has to be sweating over the PlayStation 3 more than he’s letting on.