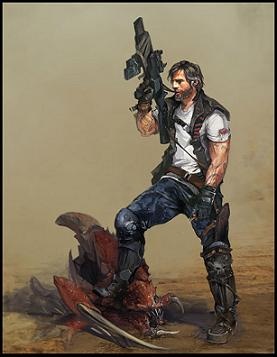 Desperate to play StarCraft II with your buddies but don’t want to have to go through Battle.Net 2.0 to do it? Lead designer Dustin Browder says that the game is likely to ship with LAN functionality after all … kind of.

I can’t help but really wonder if Blizzard saw the backlash from the removal of LAN support from StarCraft II coming at all, or if it caught them completely by surprise. While the company stood resolute in the face of a petition that first had thousands of signatures, but as of August 16th had 100,452, declaring LAN to be a “footnote in history,” it looks like Big Blue is willing to compromise after all.

Earlier today, we reported on some head-scratching remarks from Blizzard VP Rob Pardo, whose remarks essentially boiled down to, “We don’t think anyone will really need LAN, but if people do need LAN, we’ll work on giving them something like it.” Now, it looks like we have some clarification on exactly what they’re doing.

SC2 Lead Designer Dustin Browder told Gamasutra that while the goal of having an “integrated experience” for their players via Battle.net was still crucial to the company – “We really wanted to bring all these players together and keep them in the same pool, and make everything work, so your achievements work, your friends list works, everything just works correctly, as opposed to having two separated ways to play” – they were working on an option to allow for the best of both worlds: LAN-level connectivity, but a plug into Battle.net regardless.

Greg Canessa, the Lead Designer for Battle.net (formerly of PopCap), elaborated on these plans in an interview with Shacknews, saying that Blizzard’s goal was to enable low-ping connectivity between players while keeping a minimal connection to Battle.net: “Maintaining a connection with Battle.net, I don’t know if it’s once or periodically, but then also having a peer-to-peer connection between players to facilitate a very low-ping, high-bandwidth connection.. those are the things that we’re working on.”

As I understand it, then, the proposed system would require an initial internet connection to authenticate via the Battle.net servers, and then would revert to normal peer-to-peer functionality, perhaps checking in every so often to update friends lists and the like.

If my understanding is correct and that is in fact their proposed system, I… find it hard to see a downside. The primary complaint I see against the lack of LAN functionality is that sending truckloads of data through a single pipeline (say at a tournament) will result in serious bottlenecks, and it’s a similar problem for people with slow connections or for those who might be behind firewalls – like college students. As long as the only information being sent to Battle.net is a simple authenticity check, you could probably have a LAN party and not need anything more than a 56k modem.

It sounds like a perfectly fair compromise to me, but there’s no way of knowing what exactly the system will be like until, well, we simply learn more about it. Either way, though, Diablo III chief Jay Wilson confirmed that his game would be supporting the same pseudo-LAN functionality, so if it works well, that should be cause for rejoicing.

Is There a Zombie on Blizzard’s Lawn?