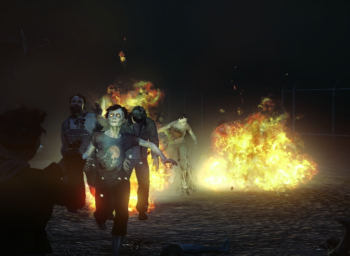 The announcement comes less than a day after Saints Row IV was refused classification.

Australia finally passed its R18+ legislation for videogames earlier in this year, bringing an end to games deemed too violent or “adult” from being banned. Sure, we got news that Saints Row IV had been refused classification, but that was probably just an isolated case considering the game’s extreme hyperviolence and drug use, right? Wrong. Jeff Strain, executive producer of zombie survival game State of Decay has today announced that his game has also been refused classification in Australia.

In a thread entitled “Update on Australian release” on the official State of Decay forms, Strain said:

I have bad news to share: State of Decay has been refused classification by the Australian Classification Board (ACB). We’ve run afoul of certain prohibitions regarding the depiction of drug use. We’re working with Microsoft to come up with options, including changing names of certain medications in the game to comply with ratings requirements. Whatever our path forward, it’s going to take a bit.

I know this is frustrating – believe me, we’re frustrated too – but each country has the right to set its own rules about content, and it’s our responsibility to comply with them. Rest assured we’ll do everything we can to find a way to get the game into your hands. Stay tuned.”

What the hell, Australian Classification Board? Why even introduce the rating if you’re just going to ban games anyway? I thought the whole point of introducing the rating was so that adults could make up their own minds over what they deem appropriate in their media consumption?

Just like I theorized with Saints Row IV, it looks like the drug use being linked to positive in-game benefits is the biggest offender, and hopefully changing the names of the drugs should allow it to slip past the censor. On that note, I can’t believe games still have to try and “slip past” the censor when we have an adults only rating!