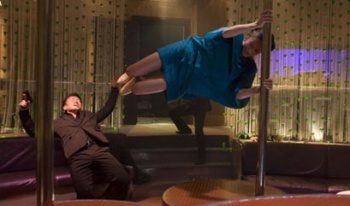 Rotten Tomatoes has unveiled its list of the worst movies of 2009 and topping the list is none other than the game-based movie that was supposed to be better this time around, Street Fighter: The Legend of Chun-Li.

What do you say about a movie like the 2009 edition of Street Fighter? If you’re Rotten Tomatoes, you say, “The combination of a shallow plot and miscast performers renders Street Fighter: The Legend of Chun-Li a perfectly forgettable video game adaptation.” And then you give it a Tomatometer score of four percent. That score actually ties it with the “crass, poorly-made” Miss March, but The Legend of Chun-Li ekes out the top position by virtue of a slightly lower average rating: 2.4/10 version 2.5/10.

The movie managed to gross only $8.7 million during its theatrical run, a small, painful fraction of its estimated $50 million budget. IGN went so far as to say that there are “better staged and more enjoyable brawls between Peter and the Chicken on Family Guy” than there are in The Legend of Chun-Li. Perhaps best of all, it fared even worse than the movie it was meant to supplant, the 1994 Street Fighter travesty starring Jean Claude Van Damme, which has a Tomatometer score of 13 percent – still abysmal, but at least it’s in the double digits.

So congratulations to Kristen Kreuk, Chris Klein and everyone else who had a hand in turning Street Fighter: The Legend of Chun-Li into the year’s most unwatchable piece of crap. Your kudos are well earned indeed. And for those who can’t get enough of this sort of thing, Rotten Tomato’s full list of the worst films of 2009 can be seen at rottentomatoes.com.