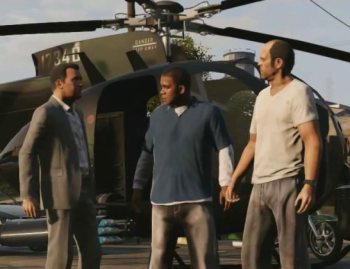 Despite Call of Duty’s success with the model, Take-Two Interactive doesn’t believe regular releases are right for Grand Theft Auto.

Grand Theft Auto is one of those franchises that can set the standard for a gaming generation. That in mind, it’s somewhat puzzling that the franchise hasn’t seen more frequent releases. While Grand Theft Auto IV received substantial expansions, there hasn’t been a full-fledged sequel since 2008 and the next game in the series, Grand Theft Auto V, won’t hit store shelves until this September. According to Karl Slatoff, COO of Grand Theft Auto publisher Take-Two Interactive, this is somewhat by design.

“Oftentimes people ask us ‘Why don’t you come out with Grand Theft Auto every two years?’ To us, that doesn’t make sense, because Grand Theft Auto, every single time it comes out, is a brand new experience,” said Slatoff, speaking at the Wedbush Transformational Technologies Conference. “You can’t possibly do that in two years. And if we did that, our product would fatigue and the franchise would degrade from a value perspective.”

Slatoff’s comments fly in the face of some of this generation’s biggest success stories, namely the Call of Duty games. Beginning with Call of Duty 4: Modern Warfare, the Call of Duty franchise has seen new iterations coming almost annually, each reaching seemingly greater heights of success. That being said, Call of Duty: Black Ops 2, despite breaking launch period sales records, actually sold fewer copies in the long run, lending some merit to Take-Two’s concerns for its own games.

It’s not as if there aren’t examples outside of Call of Duty, either. It wasn’t too long ago that music simulation games were all the rage, with new Guitar Hero and Rock Band games hitting store shelves on a regular basis. Fans soon grew tired of constant updates however, and the music game market came crashing down. Activision put a stop to new Guitar Hero games in 2011, and the last major Rock Band title was released the same year.

You can’t really blame Take-Two for taking steps to avoid a similar fate, even if it means that, in the short term, its bottom line is a little smaller.