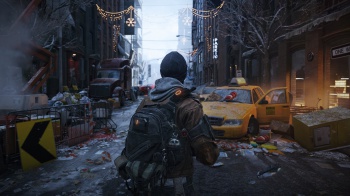 Ubisoft confirmed the dates for the upcoming beta for open-world, apocalyptic multiplayer shooter Tom Clancy’s The Division on Twitter today. Xbox One owners have a one day head start, kicking off the beta on January 28. One day later, PlayStation 4 and PC players will be able to jump in as well, with the beta closing for everyone on January 31.

Players who pre-order the game have guaranteed beta access, otherwise you can request a code and join the waitlist through the official website.

A post on Ubiblog says that the beta will open on Manhattan’s Chelsea Pier, covering the “early story-driven missions that establish your foothold in New York.” You’ll also team up with others “to battle for loot and outwit other agents in the PvP-enabled Dark Zone.”

A new trailer was released a few days ago, showing off more of the game’s open world New York, including the base of operations, safe zones, missions, skills, and upgrades.